The support by the PTB project to the regional working group for the development of national normative annexes (NNA) to the standard EN 50341-1 ended with a hybrid-meeting that was held on 25.-26.10.2021 in Belgrade. The meeting was attended by members from Bosnia and Herzegovina, Montenegro and Serbia and the international advisor from Austria.

During the 3 years of regional consultations, the NNA document was gradually updated and improved in its quality. The PTB project supported the regional working group since late 2018, mainly by consultancy through international experts with hands-on experience from EU countries that have accomplished their NNA. The present version of the draft NNA consists of 173 pages. Comparative calculations based on the old and new standard (with NNAs) need to be carried out as one of the next steps, to ensure a practicable use of the new design method.

After finalisation of the draft, the document will enter the stage of a public consultation process in the concerned countries. After this the NNA will be forwarded to CENELEC for approval as official CENELEC NNA to EN 50341-1 of the respective countries.

The main challenges / innovations required by the use of EN50341 and the NNA compared to the previous and still valid technical regulation from the Yugoslav era are the following:

More information on this project can be found in the SEE QI 3 final report under https://see.ptb.de/see-qi-projects/standardization-overhead-electrical-lines/ 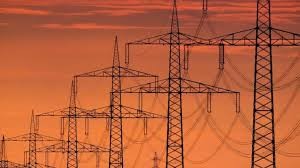